The Solution for Snoring
and Disordered Sleep

Do you often wake in the morning still feeling tired despite sleeping all night? Maybe your spouse constantly pokes you in the side because you are snoring loudly? If either of these situations sounds familiar, you could be among the 20 million Americans who are suffering from a sleep disorder. Sleep apnea is a condition that causes you to stop breathing frequently while sleeping due to an obstruction in the airway. When left untreated, your quality of life will not only decline, but your health as well. To restore a restful night’s sleep, we can provide sleep apnea treatment in Kittanning, PA.

What is Sleep Apnea? 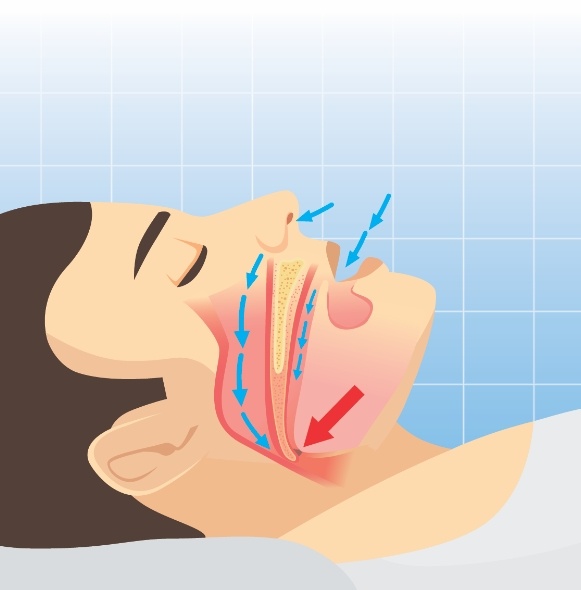 Sleep apnea is a condition that causes you to stop breathing frequently throughout the night with each pause potentially lasting for longer than one minute. It is due to the soft tissues in your mouth and throat collapsing, causing your airways to become blocked.

The numerous pauses in breathing will cause you to lose a good night’s rest; however, the complications are more severe. If it is not treated, the lack of oxygen will place a strain on your heart, increasing your risk of heart attack and stroke.

Your daily life will be negatively impacted as well. In addition to morning time headaches, you may notice your cognitive abilities decline, especially if sleep deprivation develops. Over time, you can develop mood swings and suffer from depression.

Do I Have Sleep Apnea?

Often, it can be hard to spot the signs of sleep apnea as the pauses in breathing occur while you are asleep, which is why as many as 80% of those with the condition remain undiagnosed. While it can be difficult, you can notice several other signs of the disorder, such as:

This is another example of a patient with a very retruded lower jaw and he wakes up many times during the night trying to breathe. There are dark circles under his eyes indicating the pooling of blood in his sinuses and he, unfortunately, experiences many of the other symptoms of sleep apnea, INCLUDING teeth grinding and wear. We see a trend of patients who have had previous orthodontic treatment who had four bicuspids removed, and the teeth are subsequently extracted, further reducing the size of the available airway.

To determine if you have the condition, you will need to undergo a sleep study. You will be monitored while you sleep to detect any changes in your breathing. Based on the results of the study, you may be referred to your dentist for treatment.

Why Visit a Dentist for Sleep Apnea? 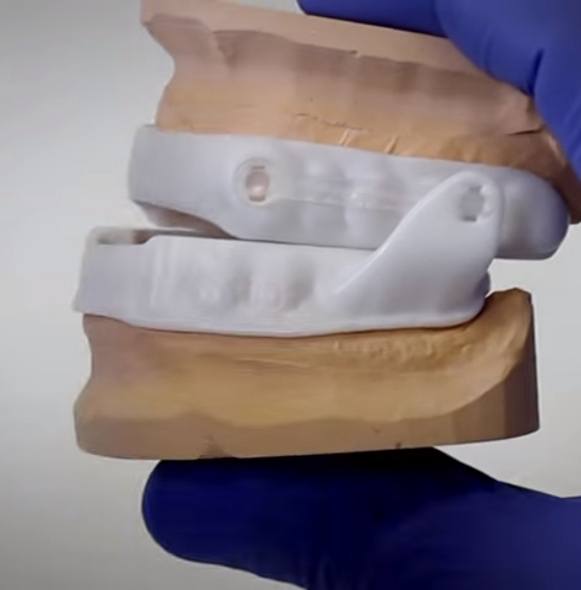 Although sleep apnea is considered a medical condition, Dr. Voller may be able to help you with treatment. Now, it is often treated with an oral appliance, which is a custom-fit device that is only available from a dentist.

How is Sleep Apnea Treated 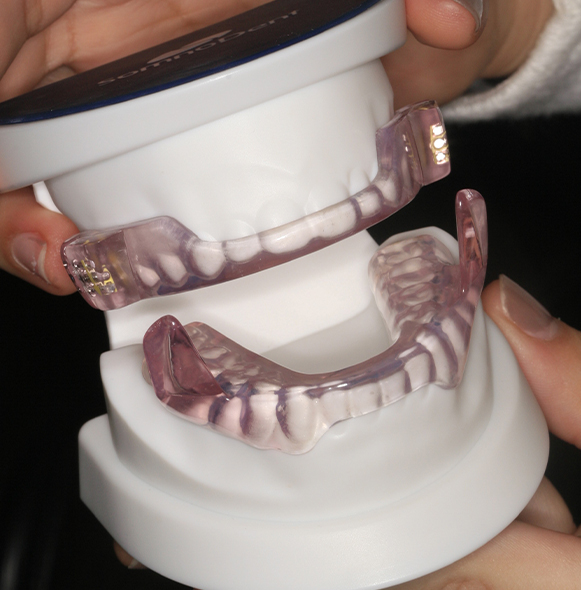 In the past, sleep apnea was often treated using a CPAP machine. This delivers a steady stream of air through a mask that is worn over the mouth or nose to keep the airways open. While it is effective, it often has a low compliance rate because it can be uncomfortable. As an alternative, many are now turning to an oral appliance.

An oral appliance is a custom-fit device that is like a mouthguard. Instead of protecting your teeth, it repositions your tongue and jaw forward to keep your airways open. It is proven effective for treating mild to moderate cases of the condition.